As a Toronto law firm, our lawyers’ proficiency has developed from the single minded focus of their practice in their areas of expertise. Every lawyer brings his/her own unique talents to the firm, but each shares a commitment to excellence. We get results by tenaciously and assertively advocating for our clients.

The firm’s lawyers regularly appear in the Ontario Superior Court of Justice and the Ontario Court of Appeal as well as various administrative tribunals. 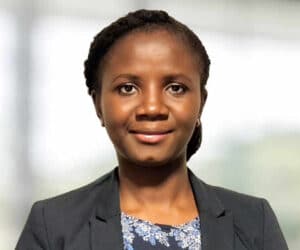 Learn about each of our lawyers and how we may help you with your legal issues.

Read from our archive of information on
estate and commercial litigation law.

Read Posts
What’s a Holograph Will?
It was 1948 and this wheat farmer got off his tractor and by mistake put it in reverse.  It moved backward and trapped the poor guy catching one of his legs under the rear wheel of the tractor. He had enough freedom of movement to move his arms and hands, but could not reach the controls. His wife finally discovered him, but by the time she got him to the hospital his injuries overtook him and he died. When they examined the tractor the next day they discovered that the farmer scratched the following on the fender, “In case I die in this mess, I leave all to the wife. Cecil Geo. Harris.” This incident took place in Saskatchewan. The court accepted the writing on the fender as a holographic will.  What would have happened if it took place in Ontario today?
Read More
Winning the Mediation in Estate Litigation
The vast majority of lawyers and mediators in the field appear to believe that mediation leads to more cases settling faster at a lower cost. Mandatory mediation was introduced in Ontario on a test basis on January 4, 1999.  In part, based on an independent 23-month evaluation of the pilot project, it became permanent. The results of that evaluation are set out in the Hann Report.  It suggests that mandatory mediation results in 40% of cases being completely settled earlier in the litigation process. This raises questions about the nature of the cases that are still going to trial.
Read More
The Executor’s Fee – Payment to the Lawyer or the Law Firm?
Imagine this scenario: Larry the Lawyer works for a large law firm. For ease of reference let’s call the law firm LLF. The clients love Larry. One such client - let’s call him Clint the Client - was so impressed with him that he appointed Larry the Lawyer as his sole executor. Clint the Client is worth about $200,000,000. Using the tariff as a guide, the executor fees might be as much as $10 million. So does Larry the Lawyer or his firm LLF become entitled to the executor fees?
Read More
So your real estate transaction failed. Can you recover your deposit?
Generally, buyers who are unable to close the purchase of real estate risk losing their deposits, even if the seller suffers no loss. However, there are instances where a seller would be required to return the buyer's deposit regardless of several factors.
Read More
How to Terminate an Agreement of Purchase and Sale if the Seller Breaches the Agreement
You signed the Agreement of Purchase and Sale (the “APS”) to purchase a new development property, you paid the deposit, but the seller has since breached their own obligations under the APS. You are now having second thoughts about moving forward with the purchase of that new home. Can you get out of the APS?
Read More

What is a Will?

A will is a written document that outlines how the deceased wanted his or her assets distributed after death.

How do I get a copy of someone’s will after they die?

Disinherited family members and disappointed beneficiaries often are denied access to a copy of a Will by the executors.

When will a Court remove an estate trustee/executor?

What happens when someone is deemed incapable?

There are many variables to consider and each situation will turn on its own facts.

Visit our resource section to find helpful information, including some answers to frequently asked questions.

FAQs
© 2022 Wagner Sidlofsky LLP. All Rights Reserved.
Back To Top